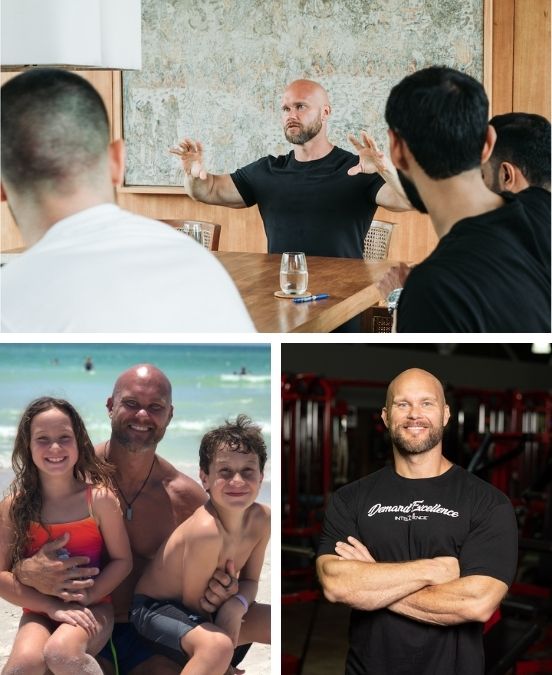 The I.M.P.A.C.T. Transformation Model to lay the foundation for lifelong Results in muscle building and fat loss in 30 days

Learn the high impact step-by-step process to kickstart your results and keep them for life!

In this FREE masterclass, I’ll share the #1 proven process I created to help thousands of my high-paying clients build the lean, healthy and muscular body they want in a fraction of the time, and most importantly how they keep them…. for LIFE!

In this Masterclass,
You will learn:

The Missing Link in Fast and Sustainable Body Transformations. .

Advanced strategies to GAIN Muscle and SHRED Fat with Maximum Efficiency even if you’ve “failed” at every fitness routine and previous diet program you’ve tried.

The ONLY 4 Factors that Sabotage Every Body Transformation… and how to immediately overcome them every time.

My secret weapon to help you stay super motivated and on track with your fitness and nutrition that most coaches are begging to learn!

2 FREE BONUSes
WHEN YOU ATTEND!

When you join the masterclass, you’ll get thE BONUS $97 I.M.P.A.C.T. transformation workbook AND BONUS Muscle Building and Fat loss SCORECARD ($197) for FREE!!

If you’re tired of struggling, falling short, or wanting to quit, and you’re ready to maximize results in less time then you’re in the right place.

This workbook will guide you to understand your exact starting limitation and how to take immediate action so you can focus on the right things and maximize your time and effort.

If you fail to do the upfront work you will end up wasting your time and energy focusing on the wrong things.

The scorecard will help you “Assess and Progress” to eliminate the guesswork so you step into your next 12 weeks prepared to work on the High Impact Habits for YOU and be ready for explosive growth and fat loss.

The I.M.P.A.C.T. WEBINAR will provide actionable real-life examples and a roadmap to keep alongside you to support your process no matter what your level of experience.

If you’re ready to create lasting results, regardless if you have tried and failed or hit a plateau, or youre a high achiever that refuses to waste time, this masterclass will give you the tools and training to overcome your challenges and step into a fun, motivating, and sustainable transformation of body, mind, and life.

It’s yours FREE when you attend this limited time training!

Join the Masterclass
and Get my FREE Workbook Now

This Free Training
is for You If:

so you can stop wasting your time and energy on the wrong
things.

but couldn’t stick to them long enough to gain any real traction or see real results.

but you know that age and attitude are and have never been limiting factors when you felt motivated or inspired to achieve your goals.

and are ready to pursue more sustaintable health goals and create real results in your life.

You’re experiencing a
plateau in your training
or nutrition programs

and you get the feeling that there’s something missing because you always do what it takes to achieve your goals.

because you know that with expert guidance, skills, and attitude, everything is possible.

From the physical aspect, my bodyweight decreased from 86.4kg to 66.0kg or a reduction of 23.6% of my starting body weight over 12 weeks. There was also a significant decrease in bodyfat and I can’t recall being this lean in many years.

Although the first difference many people notice about my transformation is the physical change, it is the mental change which has had the most significant impact.

Prior to commencing the MI40 program, the past year had been very difficult due to redundancy, being unable to find employment and then purchasing a business which has since struggled.

It was as if became a walking advertisement for the power of transformation. I can honestly say that the most effective way to achieve your body transformation goals is to following the MI40 program and the only way to become a Challenger is to make the decision to change.

True transformation starts with the mind and belief that you can do this.

Thanks Ben for the MI40 program as it has really improved not only my body, but also my confidence and outlook. 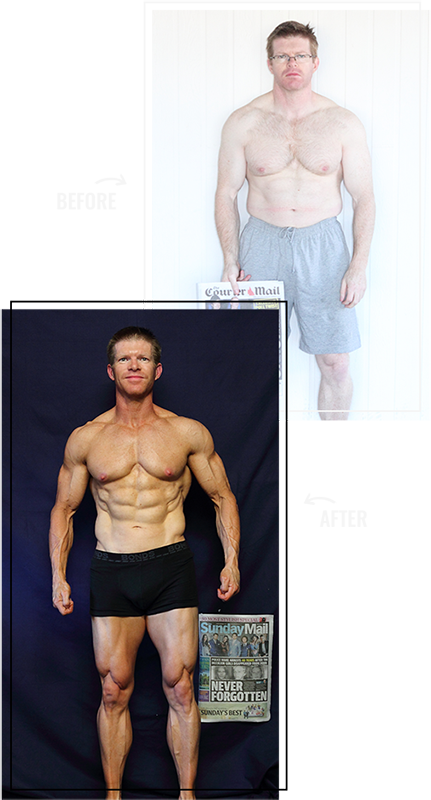 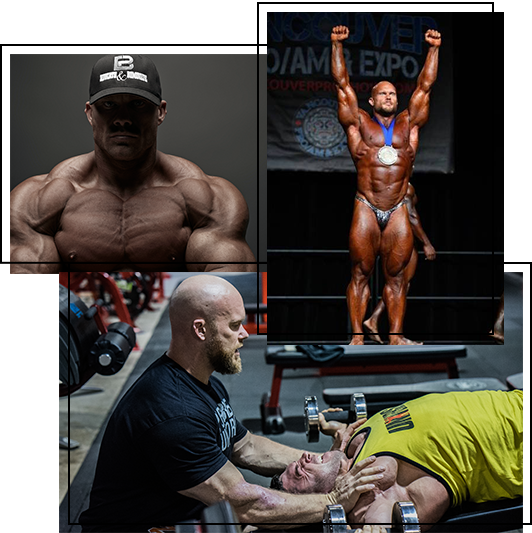 Ben “The Bodybuilding Yogi” Pakulski is considered the world’s top authority in intelligent muscle building and physique optimization for men and women of all levels.

He finished top 10 in the prestigious Arnold Schwarzenegger Classics Ohio for 6 consecutive years, placing 2nd in 2013. Ben reached the pinnacle of the bodybuilding world in 2012 and 2016, competing in the Mr. Olympia Contest and was considered one of the top 10 bodybuilders in the world for many years.

After a 20-year bodybuilding career, Ben found his new passion and directed his character and discipline towards helping others maintain youth, design their greatest life, and be lean, healthy and muscular for life!

Ben now teaches his six pillars of a Lean, Healthy, and Muscular Body to students around the world, shifting the paradigm in the fitness industry towards the pursuit of integration of body, mind, and soul and the creation of a beautiful life. When not teaching or training, Ben spends his time at home or traveling with his two angels, Benjamin Zane and Presley Skye.